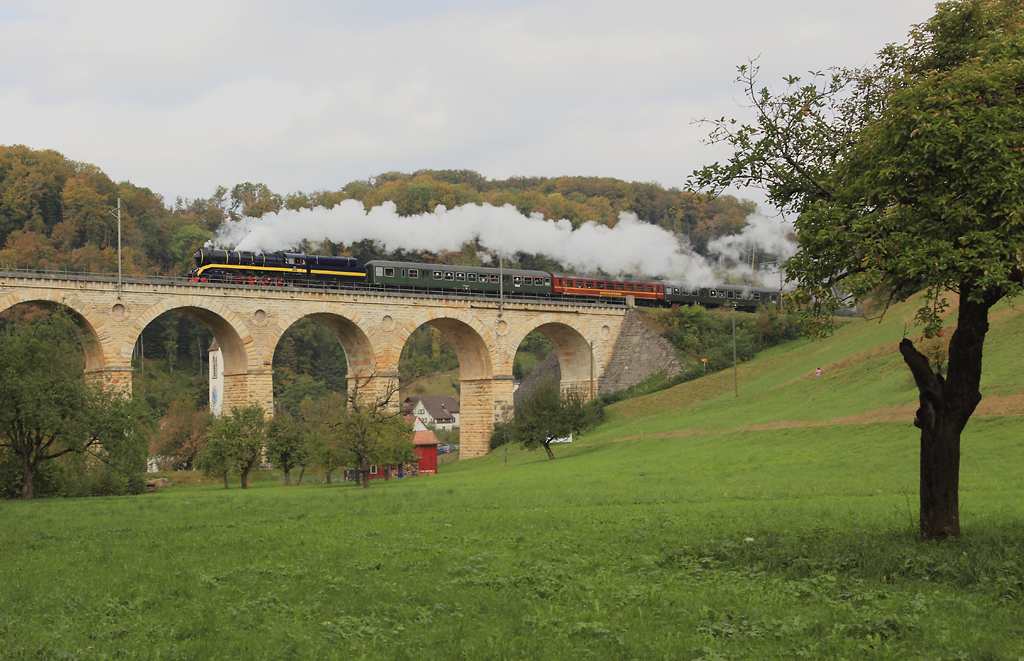 The pilot project „Full Steam on the Hauenstein“ was successful. The average utilization of the steam trains was more then 65 percent. Exact figures will be published in a few weeks, but it is already clear that all aims have been met or surpassed. The pilot project „Full Steam on the Hauenstein“ has fulfilled all expectations. The daily operation for two weeks with altogether 78 trips on this steeply graded, scenic branch line demonstrated convincingly, that attractive steam trains draw the crowd. Especially in off-peak times the standard electric trains are underused resulting in poor economics on this line. Residents and passengers estimated the very clean operation of the modernized 52 8055, no smoke, no soot, no cinders, no cinders, no sparks, only light traces of white steam escaped the chimney. Or as a resident once said: “Romance without dirt, that’s just wonderful”. The idea of improving the economics of underused branch lines by adding attractive steam trains works out well. In future it is planned to replace some of the electric trains as it does not make sense to run an electric train with five passengers in addition to a steam train with 150 passengers. However, a new steam locomotive will be required to allow remote-controlled push-pull operation. none