"Nothing remains if nothing changes" is a well-known saying. Since the time of the invention of the steam engine, the environment has changed dramatically. Whereas smoking chimneys were once a sign of a flourishing industry, they are now frowned upon for environmental reasons and have disappeared from everyday life. If someone sees a cloud of smoke from a distance, the fire brigade is immediately alerted, which often encounters a smoking, coal-fired steam locomotive.

Not only has the environment evolved, but technology has also advanced since the invention of the steam engine. The aim of DLM's modern steam developments is to make the best use of these new possibilities for steam traction.

From a technical point of view, new steam locomotives and steam engines are superior to modernisations because the latter always require compromises that can be avoided when constructing all-new locomotives. However, modernisations allow existing vehicles to remain in service under the current conditions. Some of the steam locomotives we have modernised in this way are presented below. 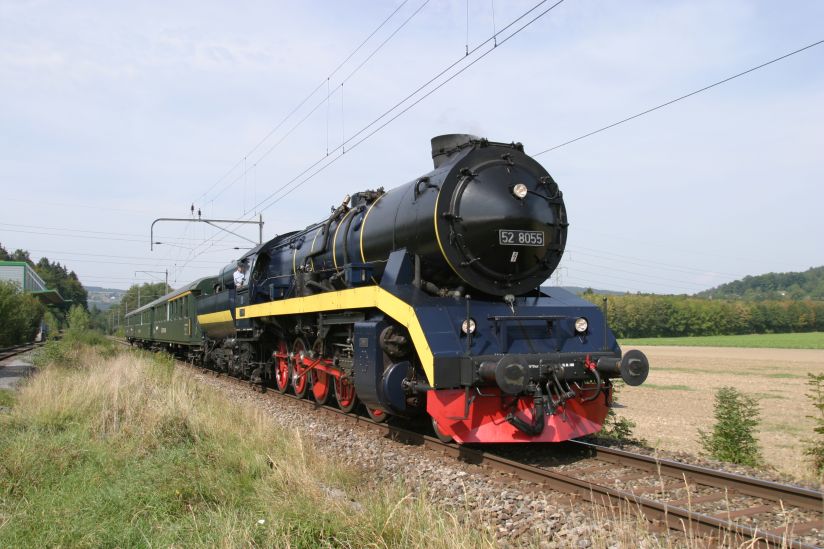 Modern science and technology allow building steam locomotives and steam engines which are far more powerful and efficient as their traditional ancestors. Whilst it usually pays to contemplate a new design, it may be worthwhile to consider rebuilding and modernising instead. The degree of improvement achieved will depend on the quality of the original design and the amount of modifications. The following improvements are possible:

Light-oil firing is recommended for ease of operation and cleanest combustion. However, steam locomotives are capable of handling most fuels and in many countries, it is more economical to use coal or biomass. Big improvements are possible with conversion to the gas producer combustion system. This gives a cleaner combustion with reduced smoke, higher efficiency and more power. 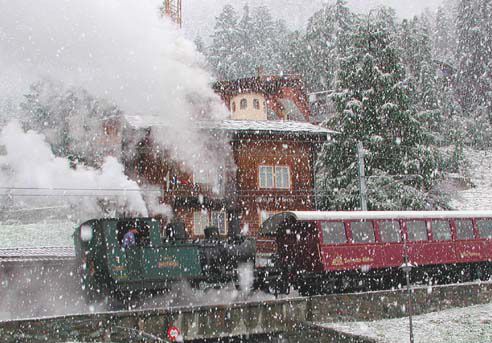 This metre-gauge rack and adhesion steam locomotive was very rarely used with coal firing. This changed after the conversion to light oil firing, because this made operation easier and more reliable. Due to the historical value of the locomotive, further modernisation was not carried out. However, this meant that the modest speed could not be increased. Because it became difficult to find an acceptable gap for the steam trains in the dense timetable without long waiting times, locomotive "Breithorn" was transferred to the Furka Bergstrecke tourist steam railway. 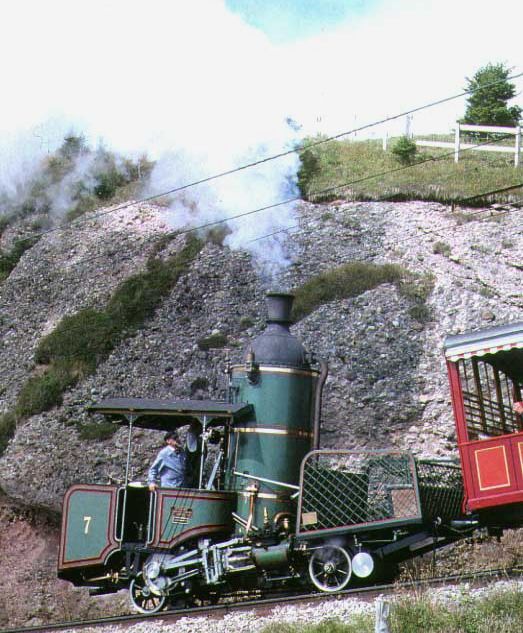 In 1873 the Swiss Locomotive & Machine Works SLM in Winterthur built its first locomotive, the standard gauge rack steam locomotive No. 7. To mark the 125th anniversary of the SLM and the Vitznau-Rigi railway, the unique steam locomotive No. 7 was restored and put back into service in 1996. Although the overhaul was carried out as true to the original as possible, the condition, operating requirements and current regulations made a new boiler and even a new engine necessary. (With the original drive it was not possible to drive over points). The coal firing system was retained.

The metre-gauge steam locomotive G 3/4 No. 11 built in 1903 by SLM Winterthur was used by the Rhaetian Railway (RhB) until 1977. In 1952 it made a short appearance in the Swiss Heidi film and since then it proudly bears this name on the smokebox door. After a short period with the model railway friends Eiger Zweilütschinen (MEFEZ) she was acquired by the society "Club 1889" in 2000. From 2005 to 2015 it was extensively overhauled and modernised by DLM Ltd, RhB and Club 1889. The DLM supplied a new welded boiler with superheater and clean, spark-free light oil firing, new pistons and flat slides, the RhB overhauled the running gear and the members of the 1889 Club overhauled the other parts. 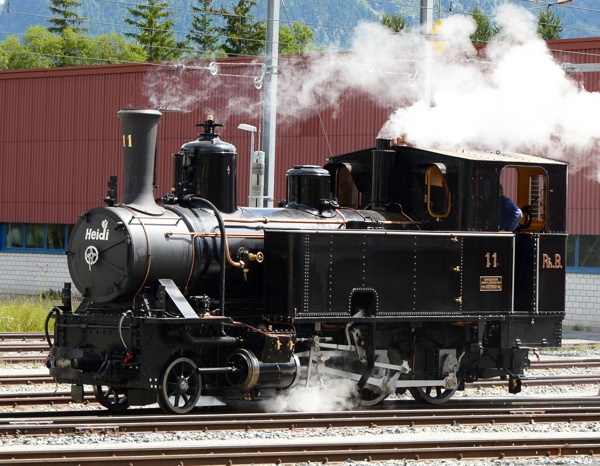 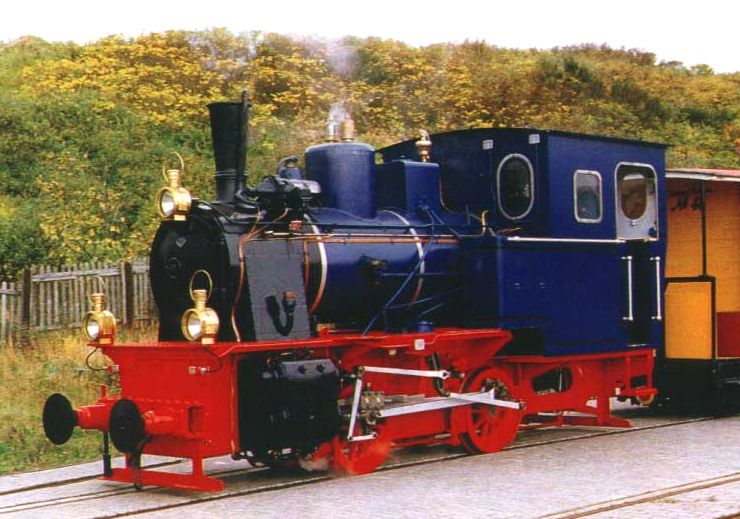 This small steam locomotive works regularly on the 900 mm gauge line on the island of Borkum. Thanks to light oil firing and electric preheating, the operation is very clean, which is mandatory there, as the train runs right through the middle of the village, similar to a tram. The outward appearance remained unchanged, but the steam locomotive also received a new welded boiler with superheater.

The world-famous tourist train near Melbourne, with the likeable name "Puffing Billy", is one of the most successful excursion railways of all time, with more than 500,000 passengers a year (before Corona). Although Melbourne is said to be able to experience the four seasons in one day, there are often longer dry seasons with great danger of forest fires. Because of the flying sparks, coal-fired steam locomotives are then not allowed to operate. In order to be able to offer steam trains during these times of fire danger as well, the NA-class steam locomotive 14 A was converted to light oil firing.