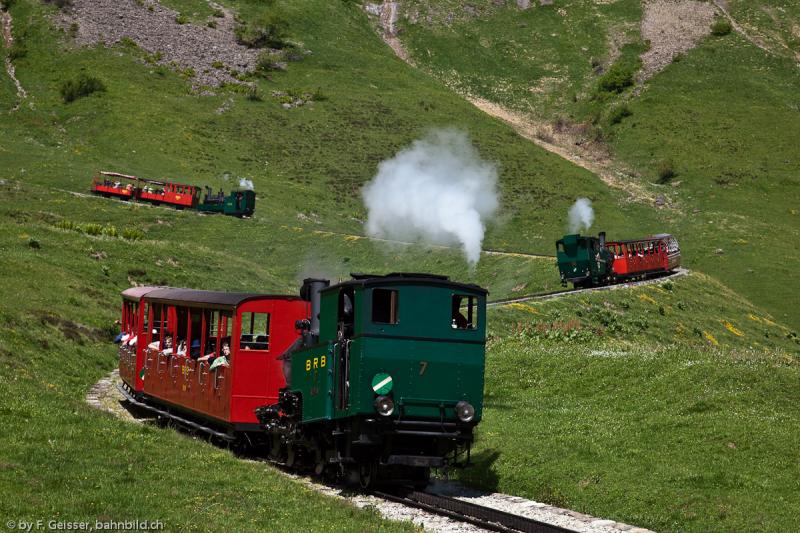 Skill and luck are needed to get a master shot like this, showing all three generations of steam locomotives on the Brienz-Rothorn Railway. Photo: Franz Geisser