All sponsors had been invited to a winterly excursion with the steam locmotive "Heidi" for which they contibuted to enable its restauration and modernization. The train consisting of five historic carriges started at Samedan steamied to Zernez where the official ceremony took place. After a delicious lunch the special train headed back full steam to Samedan on gradients up to 35%o. The picture shows the train ready to depart at Zernez: Roger Waller 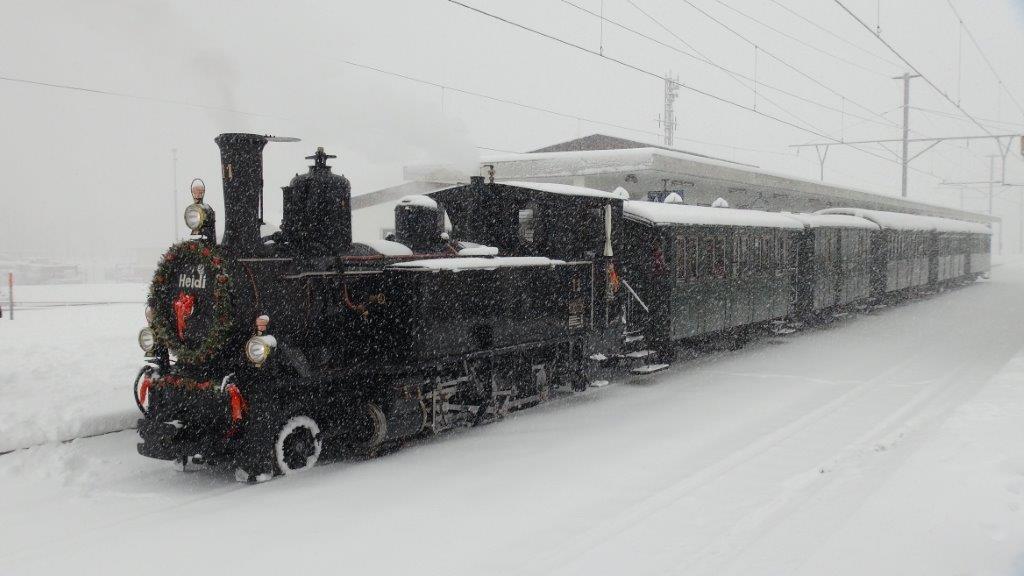