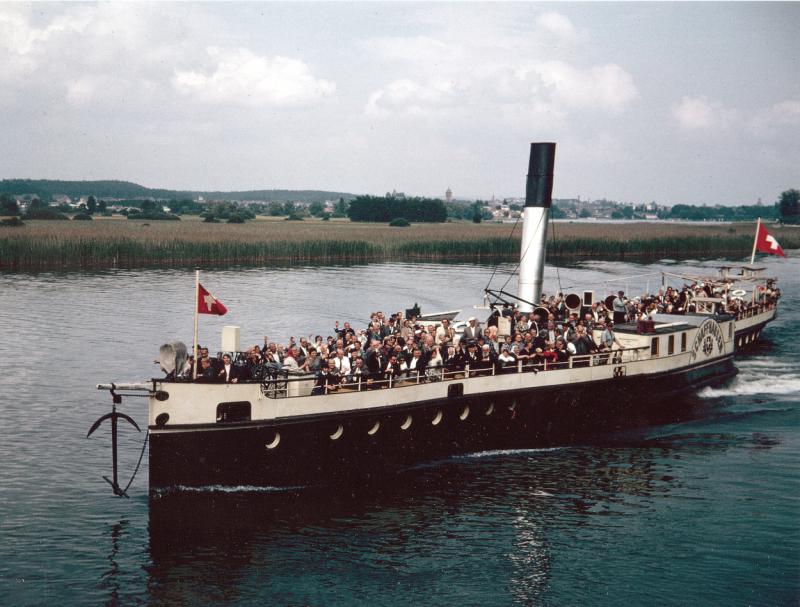 The old paddle steamer named "Schaffhausen" pictured above had been built in 1913 by Sulzer Brothers of Winterthur, Switzerland. It circulated on the river Rhine from Schaffhausen to Konstanz until 1966 when management decided to replace it by a "more modern" motor vesel. In spite of heavy protests of the public, the paddle steamer was scrapped in 1967. In 2012 a Society named Pro Dampfer (in favour of steam ships) has been founded, see www.prodampfer.ch . Already more then 2160 members actively support the idea to build a new paddle steamer. The new paddle steamer will be driven by a new real steam engine directly acting on the paddle wheels. It is the intention of the Society to create an attractive, but also economically viable and environmentally friendly technically modern steam ship. A first engineering study by DLM has investigated the possiblity of a wood-pellet firing system that would enable CO2-neutral operation, a feature motor ships are unable to provide!